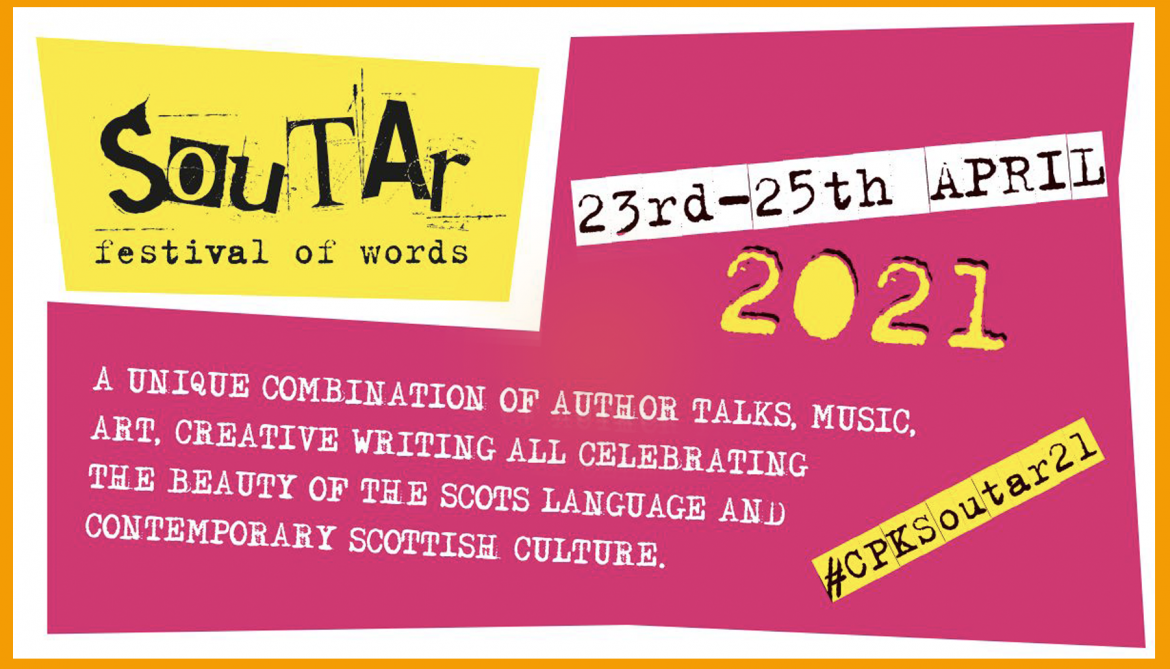 5
May
by Johnston Media
in Video

We have just finished a marathon Livestream, the Suther Festival of Words for Culture Perth & Kinross, and what a weekend it was.  The weekend was full of talent from all over Scotland, here is a little bit about the project we produced.

The Festival takes place from Friday 23 until Sunday 25 April with over 20 events, performances, and readings celebrating the diversity of Scots Language, literature, and culture inspired by Perth Poet and Writer, William Soutar.

Vic Galloway said “I am delighted to be speaking at the Soutar Festival of Words in April. Although sad not to be attending in person in beautiful Perth & Kinross, it will be a delight to talk about music and books with people who love both of those things! After an incredibly challenging year for everyone, festivals like these shine some light on the vivid and exciting cultural landscape that we have in Scotland. This is a great springtime event for those speaking and watching, giving us all something hopeful to focus on and look forward to!”

Other headline events will include the author of the Diary o’ a Wimpy Wean, Thomas Clark, and Perthshire poet and new Maker for the Federation of Writers Scotland, Jim Mackintosh in conversation with award-winning writer and television presenter, Cameron McNeish.

No Soutar Festival of Words would be complete without the opportunity to engage with the work of William Soutar. On the opening night, the Soutar Birthday Lecture with Professor Alan Riach of Glasgow University will present an exploration of Soutar’s work which will appeal to those who are familiar with his writing and those who have yet to discover his richly evocative words.

Charles Kinnoull, Chair of Culture Perth and Kinross said, “With all the challenges and restrictions of the last 12 months, I am delighted that we are able to bring such a rich and varied program into an online environment giving people the opportunity to participate in a high-quality and inspiring literary festival from the comfort of their own homes. We look forward to engaging not only with our regional friends and followers but also to welcoming new audiences from around the world”

Full details of the festival program can be found on the Culture Perth and Kinross website www.culturepk.org.uk/soutar2021

The Soutar Festival of Words 2021 has been made possible with support from The Friends of William Soutar, Thornton’s Law and The Jimmie Cairncross Trust.

Want to know more about Livestreaming then click Here!